When i first saw them as kid in a museum,i was amazed by their beauty and skilled craftsmanship.

Inspired by them we tried to make our versions,we hope you enjoy them as much as we did making them.

Were gonna make more soon so stay in touch

*a little bit of history ,

“They are objects that fascinate the public and archaeologists, they are sought after by collectors, while they hide many secrets. There are many issues that we have not yet deciphered in relation to wreaths and especially their use. Although we find them in tombs, they are not burial objects. They are also used in real life, in mystery ceremonies (political, administrative or religious type) of private or public character

Made mainly of gold, but also of bronze or silver, the wreaths are richer and more elaborate during the second half of the 4th century (era of Philip II and Alexander the Great), while later they are shaped and simplified.

These wreaths adorned the heads of men, women, and even children, at important moments in their lives, such as weddings, various public or private religious ceremonies, anniversary or sporting events, or banquets, and accompanied, after death, their holders to their last home. The precious metals from which they were made testified to social order and prosperity, possibly some offices. Of similar importance was the type of plant depicted, such as, for example, the leaves and fruits of the oak, which were in direct contact with Zeus, which in turn usually implied royal power. Ivy leaves and fruits were associated with the cult of Dionysus and the extremely delicate myrtle wreaths were worn mainly by younger and older women of the Macedonian aristocracy. Olive wreaths, and more rarely laurel wreaths, were usually a prize in competitions, while gold-plated bronze wreaths belonged to less affluent citizens. 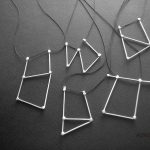 a certain darkness is needed to see the stars... 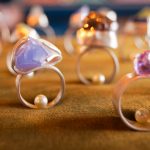 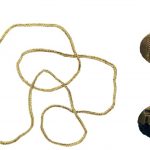 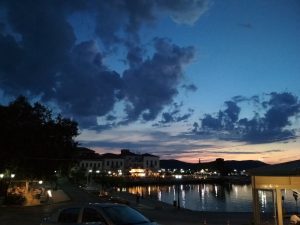 View from the shop